The history of Australians in the Canadian Football League is more like a paragraph than a Greek epic, but Calgary Stampeders rookie Cody Grace is among a group of Aussies writing an extremely promising new chapter.

Growing up in Perth, Grace’s sporting roots are in rugby and Aussie Rules. 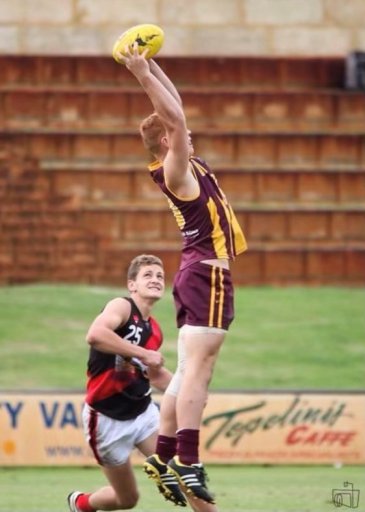 He adapted to punting in the NCAA with Arkansas State to help pay for his schooling as a strength and conditioning coach.

But the call of the Friday night lights was too powerful to ignore.

Post-graduation, the 26-year-old would have to adapt his game for the third time when Calgary called his name at the 2021 CFL Global Draft, which saw four Australians selected in the first round.

Grace may have had the biggest shoes to fill, as he was called on to replace the recently retired all-star Rob Maver while still learning the basics of the Canadian game.

The placement the team now raves about didn’t come easily.

Grace quickly found punting in the CFL requires much more nuance than Aussie Rules or the NCAA, which essentially required him to kick as hard and as far as possible.

“You have the ability to control the game a lot more as a punter where the American game is quite straightforward,” Grace explained.

“It’s been a good eye-opener, especially the last couple of games, understanding how you can kind of dictate field position and momentum of the game if you execute the job.”

On a team filled with fiery personalities, Grace prefers to maintain his chill persona and call on a quiet killer instinct when it’s his turn to step up and deliver a perfectly placed coffin corner punt.

Punters generally fly under the radar when it comes to accolades, but 770 CHQR Stampeders play-by-play man Mark Stephen believes Grace is making a case for team Rookie of the Year.

“He’s the number one punter when it comes to net yards, and he hasn’t kicked a single yet this year, which tells me he’s really nailed that when he’s been asked to do so,” Stephen said.

“He’s been a real measure of stability in the league where there’s been a lot of instability this year at the punting position.”

While he’s currently making a living on special teams, Grace believes there’s an Australasian goldmine of talent at all positions that the CFL is just starting to crack.

“I think now they’re starting to transition to actually see there are solid athletes that can play other positions as well, which is cool,” Grace said.

“In the NFL, we see offensive linemen and defensive linemen be successful, and there are some names out there that people haven’t heard playing good college football down in Australia, New Zealand. There’s a lot of guys down there that just don’t know how to get up here and get into the system.”

If he keeps these numbers up, Grace’s biggest challenge might just be surviving his first Canadian winter.