Police said he moved to Calgary a few years ago from Washington to play college basketball.

Investigators believe that he left the nightclub with a female friend at around 2:30 a.m. when two men, who were loitering outside, “started making unwanted sexual advances on and physical contact with his friend.”

The second man drove away in a black Mercedes sedan with B.C. licence plates, which he then drove to the hospital. Police said he is being “uncooperative.”

Police said Smith was taken to hospital but died from his injuries.

“John was a victim of a random crime,” said Staff Sgt. Martin Schiavetta with the Calgary Police Service homicide unit in a news release on Wednesday.

“He was a man that volunteered countless hours coaching basketball and serving with organizations that make our city a better place.

“Helping his friend cost him his life and we will do everything we can to bring his killer to justice.” 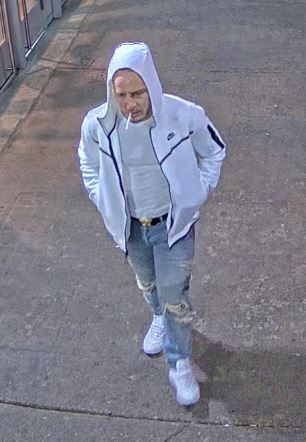 Police released this suspect photo of the fatal downtown shooting on Sunday, Oct. 10, 2021.

Police describe him as being under six feet tall, with a tattoo on his neck and dark wavy hair. He was wearing a white Nike tracksuit top, blue jeans and white runners. 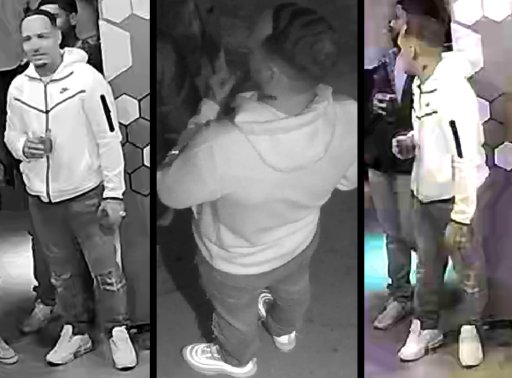 On Wednesday, Calgary police released thes photo of the suspect in the fatal downtown shooting on Sunday, Oct. 10, 2021.