An Edmonton woman with extreme celiac disease says that she has not eaten for at least 40 hours because she has not received gluten-free food at a quarantine hotel in Toronto.

Janet Game said she last ate around 4:30 a.m. EST on Saturday, Dec. 4, while on a flight from Ethiopia.

Janet and her husband Maku Game arrived in Toronto at 7:30 a.m. on Dec. 4 and were ordered to quarantine until they received a negative COVID-19 test because Maku had been in South Africa 13 days earlier, where the Omicron variant of the coronavirus has spread.

As of Nov. 30, Canada requires those who have been to South Africa within 14 days to stay at a designated quarantine facility while they await the results of an arrival test, even if they are fully vaccinated.

Maku has had three doses of the COVID-19 vaccine and Janet has had two doses.

Maku said they arrived at the Hilton hotel for quarantine at around 4:30 p.m. on Dec. 4, but did not receive dinner that night.

The next morning, they also did not receive a meal. It wasn’t until lunchtime on Dec. 5 that she said they got their first meal — one portion of crispy chicken that was not gluten-free. 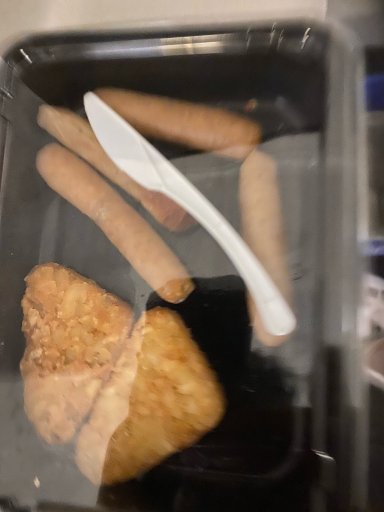 A one-portion meal Janet and Maku Game received while at the quarantine hotel.

Janet said she has severe celiac disease and her food cannot even be cross-contaminated with gluten. If she eats gluten, she will be in great pain and have diarrhea, she said.

Maku said they told the hotel about the dietary restriction when they first arrived.

They said there is only one point of contact at the hotel, Red Cross Canada, and there is no one at reception.

They tried calling Red Cross Canada at least five times throughout Dec. 5 and said they were on hold for up to an hour before getting in touch with someone.

When they finally were able to reach a representative, they took their food request, but at dinner-time, they again received one portion of a meal that was not gluten-free. 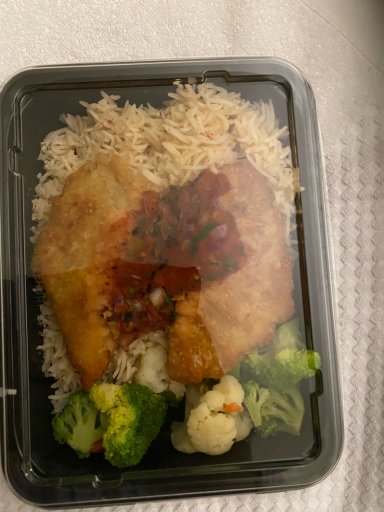 A meal Maku and Janet Game received that was not gluten-free.

Janet has been drinking sugar-water to keep her energy up as she has to contend with a broken leg she injured in Africa, she said.

Canada Red Cross spokesperson Kirsten Long said the organization is looking into the issue and that it is “supporting returning travellers with immediate and emerging needs upon arrival, and is working as quickly as possible to help meet their unique needs.”

Global News contacted Public Safety Canada and Global Affairs Canada but did not receive a response in time for publication.

The Games are not allowed to leave their room or receive any food orders, such as from Uber Eats or from their relatives who live nearby.

“It’s so scary,” Janet said of the hotel atmosphere. “You can’t see anybody. They put wall-to-wall plastic.

“It’s like a science-fiction world here. … They’re taking it too far.”

They have received a negative COVID-19 test result after making an effort for it to be expedited by the lab, but are still waiting for public health to give them the go-ahead to be able to board a flight back to Edmonton, where they have lived for 20 years.

They hope to get a plane there on Monday morning.

“It is very disgraceful.”