Two speeding SUVs crashed into a home in rural Manitoba on Friday.

Manitoba RCMP received the report of an impaired driver with another SUV following around 4 p.m.

About five minutes later, officers were called to the report of a crash in Sandy Lake, involving the two vehicles.

Investigators believe the two SUVs were travelling northbound on Main Street, at a high rate of speed when they collided and the impact caused them to leave the road and crash into a house.

Police say no one was inside the home at the time of the crash.

Police say speed and alcohol are considered factors in this collision and the Yellowhead RCMP along with a Forensic Collision Reconstructionist, continue to investigate.

Tow truck operator Josh Furovy from T. J. Hookers Towing and Recovery says he got called to the scene around 8 p.m.

“It moved the house off the foundation and did some heavy damage. We looked at how we can clean this mess up, and hopefully everyone was OK.”

While this was a rare circumstance — Furovy says incidents with similar causes are common.

“Going too fast, driving recklessly — it happens too often,” Furovy said. “It can be avoided if people slow down and drive properly.” 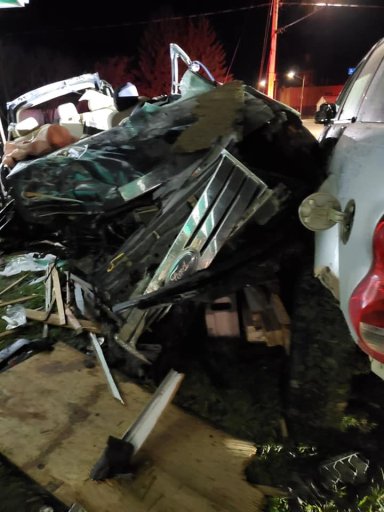 Airbags can be seen deployed in a passenger car involved in a multi-vehicle collision with a home in Sandy Lake, MB on Friday. 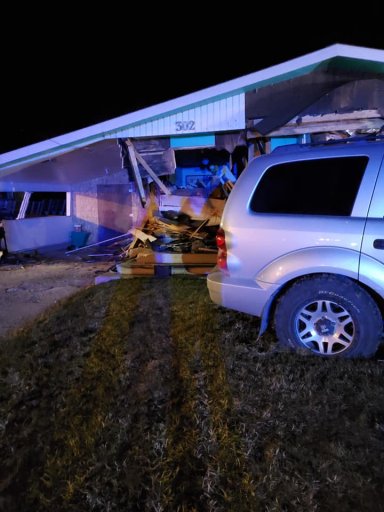 Another view of the scene shows the home extensively damaged. Witnesses say the home will likely be demolished.